Kuwait holds the sixth largest reserves of conventional crude oil and rank among the top 10 producing countries in the world attracting all the engineering and services companies such as Bechtel, Halliburton, Schlumberger, Fluor, Foster Wheeler, WorleyParsons, Daelim Industrial.

Until 2008, the crude oil production in Kuwait was regularly increasing to exceed 2.5 million barrels per day (b/d).

Since then political divergences at the parliament about the energy policy and related major investments popped up and left on hold most of the greenfield and brownfield projects. 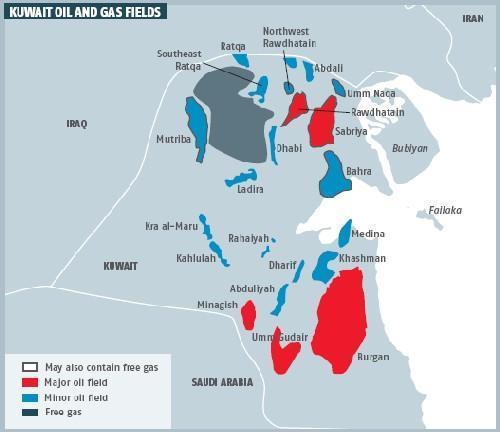 This situation affected directly the crude oil production as it came down below 2.5 million b/d in the period 2009 to 2011.

After some hard lessons learnt and the reshuffle of the energy industry management, the production started to come up again to 2.8 million b/d in 2012 and the decision were made to move forward on the major projects pending upstream and downstream.

In addition this new pushy policy is well supported by the discoveries of large oil fields in the western region of Kuwait.

With the on going capital expenditure and the development of these new fields, Kuwait is targeting 4 million b/d by 2020.

Anyway Kuwait wants in the same time to reduce its reliance on crude oil export in developing the downstream sector as its neighboring countries.

Consequently Kuwait is also exploring all opportunities to increase its production of natural gas to feed its power generation and petrochemical sectors.

The national upstream Kuwait Oil Company (KOC) is considering to move into the engineering, procurement and construction (EPC) stage for the Lower Fars phase-1 project since WorleyParsons completed the front end engineering and design (FEED) work in 2012.

KOC to give priority to onshore exploration

Considering the age and the level of maturity of the actual fields in operations to deliver 3 million b/d of crude oil, the replacement of depleting fields must also be considered in the total amount of barrels per day to be put in production to reach this target of 4 million b/d in 2020.