Despite its sixth largest proven reserves of crude oil in the world, the national oil companies (NOCs) Kuwait Petroleum Company (KPC), Kuwait Oil Company (KOC), Kuwait National Petroleum Company (KNPC) and the Petrochemicals Industries Company (PIC) have been rather quiet these last years in term of projects and capital expenditure.

After intense political fights around the sanction of major projects at the end of the 2000s years, the Kuwait parliament went through number of reforms to improve the political and commercial transparency. 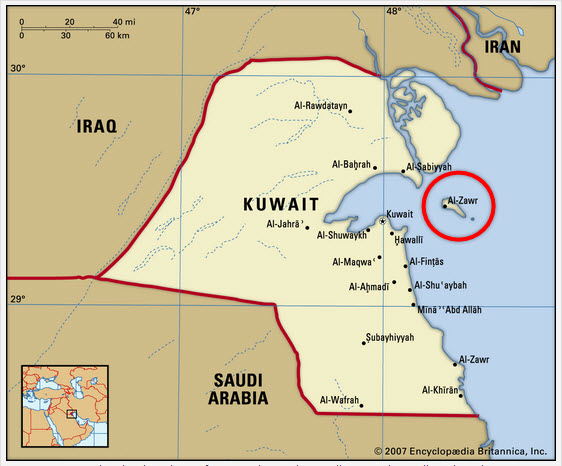 In the meantime no major projects could be awarded causing the oil and gas fields in production to mature and some delay in the giant downstream projects such as the revamping of the aging existing refineries and the construction of new one.

By the end of 2013 and on the beginning of 2014 a number of these projects have already been awarded, but there are still more to come posting Kuwait among the most active country in the Gulf.

So far all its development has been relying on the crude oil, but the booming demand for power generation and the need for enhanced oil recovery (EOR) solutions to revive aging fields are calling for the import of natural gas, thus opening new business opportunities.

The wholly state-owned Kuwait Oil Company (KOC) is planning to drill more than 900 wells to develop the heavy crude oil lying in the Lower Fars field in the north of Kuwait. Discovered in 1978, the Lower Fars formation belongs to the Ratqa field, a reservoir saturated by crude oil. Located along the Iraq border, the structure of Lower Fars reservoir lying in a shallow sandstone underground appeared very quickly fragmented and heterogeneous, thus very challenging to develop.

The California-based international oil company (IOC) Chevron Corporation (Chevron)and its local partners, Saudi Aramco and Kuwait Oil Company (KOC) have validated the steamflooding technology to develop the Wafra heavy crude oil field in the onshore Partitioned Zone (PZ) between Saudi Arabia and Kuwait. The Partitioned Zone is located at the north east of Saudi Arabia and South of Kuwait and was created to allow both countries to explorer and produce oil and gas resources in this region disputed by both countries.

The wholly state-owned Petrochemicals Industries Company (PIC) is considering to relocate its Olefins-3 project along the New refinery Project (NRP) planned by Kuwait National Petroleum Company (KNPC) in Al-Zour, Kuwait. PIC and KNPC may be defined as sisters companies as both belongs to the national Kuwait Petroleum Company (KPC).