The national oil companies, such as Gazprom, Lukoil, PetroChina, Petronas, were moving into the active development of the technical services contracts (TSC) signed with Iraq Government.

Despite the low remuneration fees they had offered during the licences rounds, the national oil companies give priority to the volume of production to supply their respective home country. 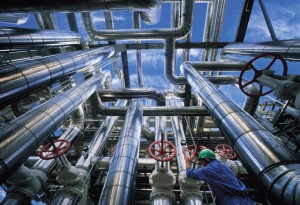 The international oil companies, such as ExxonMobil, Chevron, Total, ran into the Iraq Province of Kurdistan to sign production sharing contracts (PSC) in conditions much more attractive than the technical services contracts (TSC) proposed by Bagdad.

This switch of the majors created tensions between the Kurdistan Province and the Iraq Government, but so far all parties managed to find a reasonable deal to share revenues.

In parallel the small and mid-cap oil companies were pioneering the exploration of the undeveloped oil and gas resources of the Kurdistan region.

For some of them such as Genel Energy, the sudden interest of the majors in the region, generated a flow of farm-in and farm-out agreements providing small and mid-cap oil companies with golden goodwill on their acreage licenses

Far from Baghdad, the South region around Basra and the North of Iraq in the Kurdistan Province are now running into business as usual to ramp up oil and gas production in Iraq and attract more capital expenditure.

Discovered in 1973, the West Qurna-2 oilfield is the second largest undeveloped field in the world.

BP and Petrochina work on scenarios on Iraq Rumaila

In June 2009, the international oil company BP and the China National Petroleum Company (CNPC or PetroChina) were awarded the technical services contract (TSC)for the giant Rumaila oil field in the south of Iraq, closed to the Kuwait border.

BP discovered the Rumaila oil field in 1953, but had to drop it by the nationalization under Saddam Hussein’s reign.

With estimated reserves in place of 17 million barrels and covering 80 kilometers long by 20 kilometers wide, the giant Rumaila represents 12% of Iraq total reserves and ranks as the fourth largest crude oil field in the world.

The production sharing contract is based on a licensed area of 1,015 square kilometers. 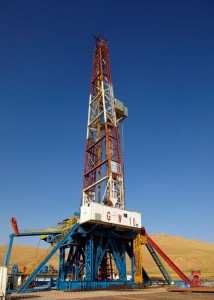 For both companies the purpose of this merger was to reinforce their position in the Kurdistan region of Iraqto prepare further growth with the acquisition of new oil and gas acreage and speed up the development of their existing assets.

The Malaysian national oil company, Petronas, Japan Petroleum Exploration (Japex)and South Oil Company from Iraq, are moving one the first phase of the development of the Gharraf, or Garraf, oil and gas field in southern Iraq.