Until 2012, USA was appearing as the most important and nearly unique customer for Canadian oil and gas exports. 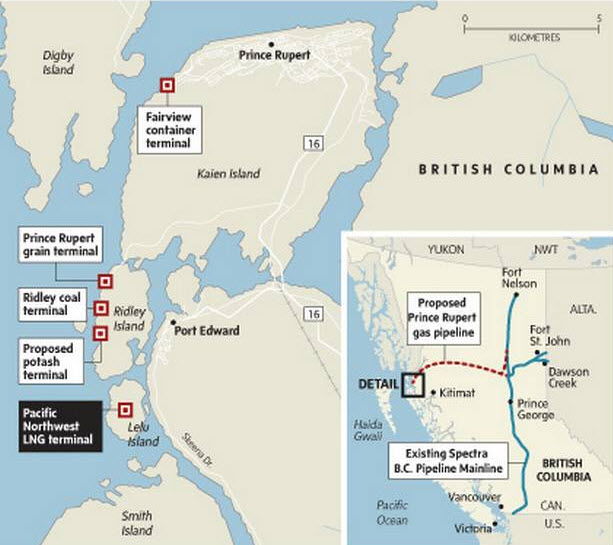 But the development of the shale gas in a first step and now of the tight oil in USA, converted USA from the privileged first client status to the most preferred competitor position.

Focusing on the Asia market, Canada is expecting to short cut Australian and US exports of liquefied natural gas (LNG) with the accumulation of LNG Trains project on the west coast of British Colombia.

After a short pause on the capital expenditure in Alberta and British Colombia, Apache, BG Group (BG), Chevron, PetroChina, ExxonMobil, Idemitsu, Imperial Oil (Imperial), Petronas, Shell or TransCanada are rivaling in quantity and sizes of projects in Canada.

The super major company, ExxonMobil Corp (ExxonMobil) and its Canadian partner Imperial Oil (Imperial) submitted an application to the National Energy Board (NEB) to export up to 30 million t/y of liquefied natural gas (LNG) from the British Columbia West Coast to Asia.

ExxonMobil and partners to invest $14 billion by 2017

The China National Petroleum Company (CNPC or PetroChina) speeds up acquisitions of interests in Canada with the $2.2 billion offered to the local Encana for stake in the Duvernay oil sand project.

Petronas from Malaysia and its Calgary based subsidiary, Progress Energy Canada, selected TransCanada to design, build, own and operate (BOO) the Prince Rupert gas transmission project in British Columbia.