The more TransCanada Keystone XL Pipeline project is running far from any decision in the USA, the more the Canadian projects are gearing up under the impulsion of international oil companies (IOCs) such as Japan Petroleum and Exploration Corporation Ltd (Japex),  Kinder Morgan Inc., Shell, Suncor, Total, and national oil companies (NOCs) such as Indian Oil Corporation Ltd (Indian Oil) or Petronas.

With 2,500 kilometers long this pipeline should start in Alberta to carry heavy crude oil from the Canadian bitumen down to the US hub of Cushing in Oklahoma in coming across the States of Montana, South Dakota, and Nebraska. 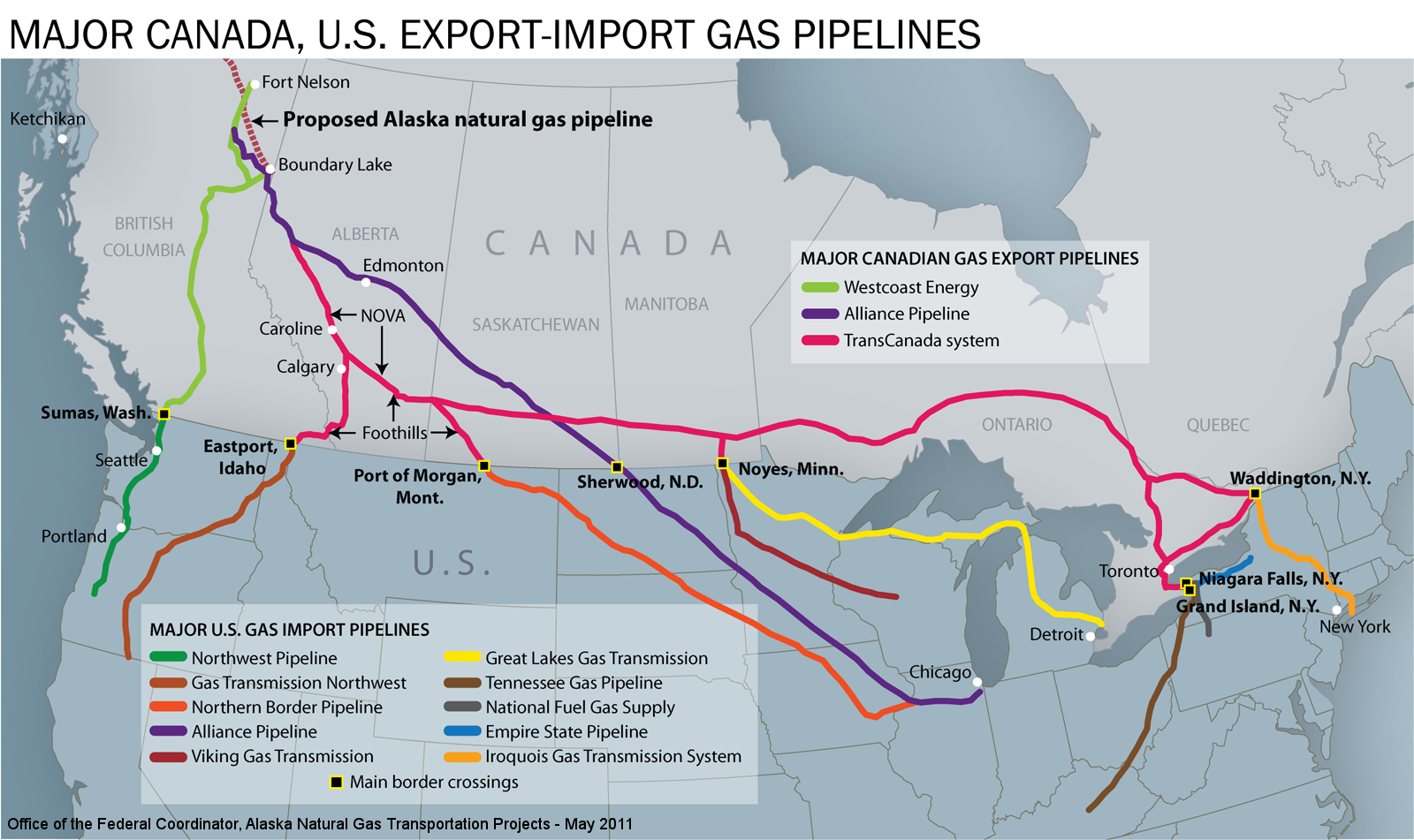 This project was designed years ago far before US started to develop its own shale oil resources, thus in a context where US and Canada were closely cooperating on the energy policy.

But with the development of the shale gas first and then with the shale oil, these two countries have moved from close partnership to friendly competition on export markets, both ways to Asia and to Europe.

In this new context TransCanada developed alternative projects to move oil and gas from Alberta and British Columbia to east and west Canada in order to facilitate their direct export.

Anyway Canada is a wide country so that in the meantime that TransCanada deploys its eastern network, some Province such as Ontario will have better to continue to import hydrocarbons products from the liquid-rich gas fields from northern USA.

This race between the midstream companies to deploy their respective network encourage Japex, Shell, Suncor, Total, Indian Oil Corporation or Petronas to speed up the development of their respective projects in Canada.

The North America midstream leader Kinder Morgan Inc. (Kinder Morgan) is preparing, through its subsidiary Kinder Morgan Energy Partners L.P., the construction of the Utica to Ontario Pipeline Access (UTOPIA) pipeline to export refined or fractionated natural gas liquids (NGL) from the Utica shale gas basin in the northeast of USA to the Ontario Province in Canada.