The year 2012 has seen Brazil congested by the upstream projects causing delays. But more importantly, in 2012, Brazil started to implement its integrated business model in which upstream, midstream and downstream sectors are developed in parallel in order to optimize the hydrocarbon value chain.

On the upstream the bottleneck appeared on the pipelay vessels for ultra deepwater to compromise the installation on time of the export pipelines to the shore. 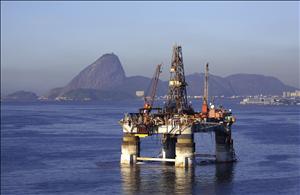 To keep the whole upstream development program on time, Brazil had to accept to outsource in Asia the construction of these pipelay vessels.

Brazil is importing petrochemicals and fertilizers that should be produced from natural gas.

So far Brazil had limited resources in gas, but the development of the pre-salt oil fields will provide abundant quantities of associated gas.

In addition this gas can be transported to different Province to share the growth from oil across the country.

After the integration of Braskem in Petrobras, to invest in petrochemical projects, foreign companies such as BASF are also investing in Brazil to take benefit from the competitive feedstock.

Representing a total of $2.9 billion chartering contracts, these new-build pipelay vessels were awarded to:

Petrobras is the operator imposing the key requirements of the drilling rigs to operate in the pre-salt oil and gas fields conditions.

Estimated around $3 billion capital expenditure, the Linhares Gas-to-Chemical complex  is identified as UFN-IV, standing for the Unit of Nitrogen Fertilizer N°4, as part of Petrobras program to reduce Brazil reliance on fertilizer imports.

In May 2011, the German chemical company BASFannounced its biggest investment ever in South America with $500 million capital expenditure.

BASF is planning to build a world scale chemical complex in Camaçari, in the Bahia Province, Brazil.

BASF and Braskem SA (Braskem) signed a strategic partnership by which Braskem will provide propylene as raw material for the feedstock of BASF chemical complex.

$75 billion CAPEX in drilling rigs on next 5 years

With more than $75 billion Capital Expenditure to be invested in drilling rigs in the next 5 years, the pipeline of business opportunities in drilling rigs has never been so loaded according to Upstream, the Norwegian Oil & Gas newspaper.

From their well documented analysis published in March about the drilling rigs, Upstream explains how this industry should break another historic record, the daily leasing rate reaching $800,000 per day as seen in the last Ocean Rig contract signed for West Africa heavy duty semi-submersible Eirik Raude.