The first half of year has rang in Australia as a fresh wake up call on early morning when the major companies  having interests in this country such as Apache, BG, BHP Billiton, Chevron, ExxonMobil, China National Petroleum Corporation (CNPC or PetroChina), Inpex, Shell, Total and even Woodside started to blow the whistle against the ballooning costs of their projects.

This escalation of the costs, mostly due to labor shortage in front of the accumulation of giant projects, came up in a context where USA is wondering how to fix its glut of natural gas production and start to award license to export liquefied natural gas (LNG) globally. 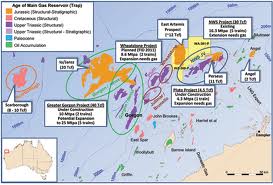 In parallel, other regions in the world, such as Canada, East Africa or Russia, are working hard on massive gas fields developments in gazing all at the same consumers in Asia, China, Japan and South Korea.

In this context, the Australian costs came up on the top of the agenda for which all the operating companies are looking for alternative concepts such as the floating liquefied natural gas (FLNG) vessels or in sharing the onshore facilities instead of multiplying redundant capacities.

Anyway Australia is and shall remain a key player in the natural gas  market because of its regulatory context and may even take the lead of innovative concepts to develop offshore fields with giant FLNGs on Western Australia, coal bed methane (CBM) in Queensland on the  north east side of Australia, or shale gas in the Canning Basin in Western Australia.

The London-listed BG Group plc (BG) has decided to organize competitive bids on the front end engineering and design (FEED) for the expansion of its giant Queensland Curtis LNG (QCLNG) project in the Southeast of Australia.

In its first phase, the QCLNG project was the first one to be sanctioned with a final investment decision (FID) to produce liquefied natural gas (LNG) out of coal bed methane (CBM) fields in the Curtis Island, offshore the Queensland State in the southeast of Australia.

When Chevron and its partners made the final investment decision (FID) to develop the Gorgon LNG project, they were counting on 50 trillion cubic feet natural gas reserves from the Greater Gorgon area for 60 years lifespan production.

On April 30th 2012, Woodside Petroleum (Woodside) and Shell, its partner in the Browse project of liquefied natural gas (LNG), signed an agreement on the technology for the floating LNG (FLNG) vessels that might be used to develop Browse.

Apache and JX to join Carnarvon and Finder in Phoenix

Apache Corporation (Apache) from USA and JX Nippon Oil & Gas Exploration (JX Nippon) from Japan have seen their project of Farm-in Agreement with Carnarvon Petroleum Ltd (Carnarvon) and Finder Exploration (Finder), both from Australia, approved by the Australian Authorities.

Since November 2012, the Anglo-Dutch international company, Shell, and China National Petroleum Company (CNPC or PetroChina) multiplied announcements to reconsider their Arrow LNG project in the Queensland in  North eastern Australia.

Shell and PetroChina wholly own the Arrow LNG project through a 50/50 joint venture with the intention to invest $20 billion capital expenditure in the development of the Bowen and Surat onshore gas fields and Curtis Island export liquefied natural gas (LNG) trains.